Broken mp4 – learn about reasons and find a solution 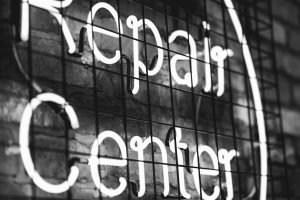 Recording videos with your phone is such an easy way to capture your special moments. Unfortunately sometimes you can’t play the freshly recorded video . Many different reasons prompt to broken mp4.

Phone videos are no joke!

Videos recorded on a phone may be lengthy, boring or have a photobombers in the background. But we still love them, share them and watch them over and over again. Isn’t it strange? The super power of our mobile videos is their authenticity. They show our real lives and let us to save precious memories for longer.

Three main reasons why videos gets broken – all fixed by MP4Fix

It’s so frustrating when you can’t play the freshly recorded video. What happened? What’s now?

There are 3 main reasons why we find broken mp4 on our phones.

Your phone unexpectedly turned off and didn’t manage to save the video properly. Normally, when you stop recording the video “header” containing information about the video is saved. If the recording is interrupted by the phone turning off the “header” is not saved. You can’t play video without “header” . As a result you get “Cannot play video” message or black screen when trying to open the video.

You were recording video when the Camera App crashed. You’ve got an “Unfortunately, Camera has stopped” message. Camera App crash may make the video “header” contain partial, invalid data or it may get lost altogether. All in all, you get “Cannot play video” message or black screen when trying to open the broken mp4.

MP4Fix can successfully repairs mp4 files broken for all three reasons described above.

In conclusion: you need to have correctly recorded file on your phone to fix the broken video with MP4Fix.

Corrupted memory hardware may cause damages to your videos.

It’s usually possible to recover at least parts of the video broken by corrupted internal memory or SD card. So, it’s always worth trying!

Before you use MP4Fix move the broken mp4 file to a different, working SD card or different phone.

MP4Fix does not support repairing broken mp4 downloaded from the Internet.

Video files downloaded from the Internet may get corrupted because of network connection issues or may use codec not supported by Android. In both cases it’s impossible to play such files. Unfortunately MP4Fix can’t repair such files because:

We use cookies to ensure that we give you the best experience on our website. If you continue to use this site we will assume that you are happy with it.OkPrivacy policy